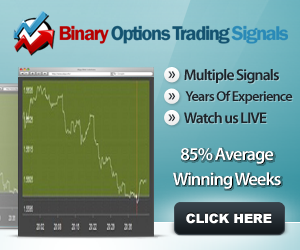 When fundamentals are too confusing and uncertainty is high, technicals rule. Just about every chart these days displays a price being repelled at a resistance line or supported by a key moving average, or a retracement hitting an exact Fibonacci level.

Nobody is willing to stick his neck out and declare a global economic recovery is visible, however distantly. Nobody wants to say the U.S. is making the correct policy choices to fix the financial sector, at least enough to get it functioning again. Commentators are at a loss to explain price action, and so they are falling back on what they think is technical analysis. Suddenly people who admit they don't know much about technical analysis, or who sometimes actively dismiss it, are saying with straight faces the Dow has been above the 55-day moving average for x number of days, or gold is near-ing resistance. These remarks are not really a substitute for fundamental analysis, but in the absence of principles and rules on which to base a forecast, technical indicators will have to do.

Long-time technical analysts are of two minds about the apparent new interest in technical analysis. On one hand, it demonstrates a willingness to throw away ideology and focus on the empirical. This is always a good thing, since ideology often blinds one to important truths. Traders lie. Charts do not.

A view of the emerging correction in the Euro/U.S. dollar pair upturn from early March.

But experienced technicians also know the newcomers trying to use technical tools are not sincere. The newcomers are really waiting for the ideological battle to be won, whereupon they will abandon technical work in droves, scattering unflattering comments behind them. They are using technical ideas only as a last resort.

Figure 1 shows an emerging correction in the Euro/U.S. dollar pair (EUR/USD) upturn from early March. The red 20-day moving average has crossed above the blue 55-day, so the Euro is a confirmed buy. But the last three days have lower highs so we can draw a red resistance line. Maybe the Euro can drop to the last low (gold line at 1.3419) and try the upside again, or fall back to the midpoint of the big breakout bar (dark red line at 1.3258). It may fall short of the breakout bar midpoint and fall only to the 32.8-percent retracement level (1.3316).

If the Euro breaks resistance and goes to the 62-percent retracement level (1.3848), it would approach the 200-day moving average (green), which perhaps forms resistance in its own right. One thing is certain — once the Euro breaks resistance, traders will pour into the market. There might be a retest of the December 2008 high at 1.4719, with the usual jitters around the round number 1.4000. A retest would then form a possible double top, suggesting another good run for the dollar back to the March low and perhaps beyond.

There's nothing much really wrong with this view of the Euro's prospects — except it fails to take into account that fundamentals can always trump the charts, and we will get some fundamental news and changes in perspective as the price moves are playing out. Experienced technical analysts know that what looks like a correction in the Euro upswing could actually be a reversal back to the big-picture Euro downtrend (Figure 2).

The Euro was trending downward from April 2008. The spikes in December 2008 and again in March 2009 were exceptional moves caused by events in the real world. In other words, change the time frame, isolate the historically significant but abnormal counterswing periods, and you still have a major Euro downtrend. Yes, there was an upside breakout on a specific event — the announcement of quantitative easing by the Fed. (This means the U.S. government is buying its own debt paper and printing money to fund the purchases, creating both enormous budget deficits and a serious inflation threat.) The Euro breakout was, therefore, ideologically based. The quantitative easing announcement aroused fear of deliberate "debasement" of the dollar. The Chinese, owners of almost $2 trillion of U.S. assets and about $800 billion of

By looking only at the latest corrective move in the Euro/dollar, newcomers are making the mistake of neglecting fundamentals. If it was an exceptional event that caused the spike, we need to watch the fallout from that event to predict the price consequences. We may be able to trade better by drawing moving averages and support and resistance lines and Fibonacci retracements, but these technical indicators measure current market sentiment; they do not help us understand what is really going on or predict future market sentiment.

Consider why the Euro stopped falling in early March. What set off this correction? To predict the extent of the correction, we should understand its underlying conditions. What made traders start buying Euros again after 10 weeks of relentless selling?

If we review the news events of those days, the Euro hit the lowest low just ahead of U.S. payrolls for

February. The next week, equity indices started moving up at the same time Warren Buffett was telling the world the U.S. economy was in a "shambles." Risk aversion, which had been fuelling the dollar's rise, was abating just as things looked their darkest. Oil had bottomed more than a week before and was already rising. We were still awaiting the much-delayed Treasury plan, and in Europe the Eurogroup rebuffed White House Economic Advisor Larry Summers' plea for greater stimulus.

Of all these factors, Europe's rejection of the U.S. approach — Keynesian stimulus, and plenty of it — was the turning point. We had plenty of bad news from Europe, but through it all European officials held fast to the idea that deliberately creating bigger budget deficits and courting inflation is not only bad policy, but morally reprehensible. It's better to be mired in stagnation than to flirt with the inflation devil (even though official inflation numbers were coming in well under continued on p. 14

What looks like a correction in the Euro upswing could actually be a reversal back to the big-picture Euro downtrend.

What looks like a correction in the Euro upswing could actually be a reversal back to the big-picture Euro downtrend.

Gold was already falling as the Euro was rising, but it spiked up on the day of the Fed's quantitative easing announcement. However, inflation fear apparently was insufficient to keep it rising.

the tunnel, and it wasn't an oncoming train.

Bad news slid off the Euro's back like Teflon. Some European Central Bank (ECB) officials spoke of additional rate cuts. Eastern and Central European banks were in trouble because they had lent relatively cheap Euros and Swiss francs to businesses and home owners for mortgages, and several countries (Hungary, Lithuania, Romania) needed a bailout from the EU and International Monetary Fund (IMF), but Europeans hotly denied Eastern and Central Europe were the EMU's "subprime problem." Economic data worse than in the U.S. was coming along every day: German exports and export orders fell, everybody's industrial production was down, and unemployment was rising. The ECB said it could not entertain quantitative easing (buying government bonds) because of treaty prohibitions. And still the Euro rose.

But then something odd happened. The U.S. said it understood China's fears about currency debasement and promised to take steps to prevent it. Treasury Secretary Timothy Geithner announced the Public/Private Investment Plan — an announcement without much detail and received with much grumbling, but an announcement nonetheless. Important participants like Pimco said it was good plan. The Fed started buying U.S. Treasuries and the sky did not fall — the yield curve remained stable, and new bond issues the same week were met by strong foreign demand. Economic data started coming in better than expected, including durables orders, the GDP revision, and both new and existing home sales. Mortgage applications soared. Unless you had ideological blinkers on, you could see light at the end of

Figure 3 shows gold was already falling as the Euro was rising, but it spiked up on the day of the Fed's quantitative easing announcement. Remember, quantitative easing is thought to create inflation and gold is a prime beneficiary of inflation fear. But gold failed to keep going up. We can't read the mind of the gold market and don't really know why it failed to keep rising, but it's enough to deduce that inflation fear was insufficient to keep it rising. The next day, the Euro and gold started moving down in tandem.

The Reuters 10-year note yield index (Figure 4) also spiked on the announcement day. But it found a bottom right afterward and is now rising again. Yield is critical because global investors seek the best real (after-inflation) return. Clearly investors do not think the government will crowd out the private sector or that buying government paper will necessarily create inflation. In fact, deflation is probably the thing we should be worrying about more than inflation right now, as the gold chart bears out. To a certain extent, yields rising and gold falling is proof that the dominant fear is deflation, not inflation.

We name the real rate of return "the main event." All other things being equal, like sovereign risk, global investors prefer a higher rate. Europe has demonstrated it fears inflation above all else, and thus we have to expect the ECB will cut rates more but not to zero or near-zero, like the U.S., UK, and Japan. Eurozone governments will not engage in additional fiscal stimulus because of the inflationary implications, and fiscal stimulus in European countries is only about 2 to 3 percent of GDP, compared to more than 6 percent in the U.S. This means Europe is being selfish and refusing to take its share of the responsibility for global stimulus, instead piggybacking on the U.S. stimulus, some of which will seep out to the benefit of European manufacturers and to Asian economies that buy from Europe.

It also means the real rate differential will continue to favor European bonds, although by an increasingly narrow spread. At the end of March the 10-year Bund was yielding 3.08 percent and the equivalent U.S. Treasury note was yielding 2.77 percent. This is a mere 31 pips from a yield spread of more than 100 points a year ago. If Europe gets actual deflation, though, you would add deflation to the yield to get the continued on p. 16

Stock Market Investments: How to Pick

Technical Analysis, The Effective Use of Technical Indicators - ForexTraders