"Scalping" can have various descriptions depending on whom you ask. Some folks would say that some "Forex Surfing" techniques are considered "scalps" due to the small size and duration of the trades. Different traders have different techniques for scalping, but one thing that can be universally agreed upon is that scalping involves tiny trades (both in amplitude and duration).

A scalper typically trades multiple Forex lots (mini or regular lots depending on the size of the account and risk tolerance), often more lots than one would normally trade if trading as either a "day trader" or a "position trader" (simply due to the fact that those styles typically require larger stops thus shrinking the amount of lots one can safely trade according to equity management principles). By trading more lots a scalper can achieve significant gains comparable to the gains expected by day & position traders in the same time span even though the scalper engages in much smaller individual trades. For example, a scalper that succeeds in capturing just 5 pips could have made $500 in under a minute if he traded 10 regular lots. In some circumstances

Scalping is often considered to be an advanced trading style. Though scalping is quite simple in concept many consider it to be advanced because it requires very quick decision making, very quick reflexes to react when set ups are spotted, and the scalper must be skilled at quickly executing a trade. The keyword for the scalper is "speed". What makes "scalping" an advanced skill isn't that it's complicated; it is just that one must be both skillful and fast. Drinking coffee or energy drinks while scalping is a good idea. This style of trading certainly isn't for slow minded or slow moving people (please don't interpret this comment as being insulting for certain groups of people).

Scalpers often engage in multiple trades a day. Some scalpers execute dozens and dozens of trades each day, but don't worry; I'll teach you to do fewer. Scalps are executed in the direction of the current trend, usually taking little bites of the market movement, but can also be an entry technique into longer day trades to capture even larger profits. Skillfully scalping one can literally buy very close to the actual low and sell very close to the actual top of market movements; much closer than day traders, and certainly position traders, would normally accomplish.

Scalping is suited for some people & personalities better than others. Some traders love it, making it their primary trading style, whereas some traders hate it for their own personal reasons. Scalping is best reserved for traders after they are already familiar with other trading styles, but if this is your first exposure to trading Forex don't worry about it - you can easily learn everything you need to know to make some HUGE profits by scalping just by reading this eBook (however I strongly suggest you first read my other eBook "Forex Surfing" as there you'll learn many basics that I won't be covering here in this eBook).

"Scalping" seems to me to have a slightly negative perception in the minds of traders in general. I believe it is simply due to the name of the technique, as "ticket scalpers", people selling over priced tickets for concerts or sporting events, are commonly thought of as being sleazy. It seams to me that some "advanced / experienced' traders look down upon "scalping" techniques as being beneath them, or even unethical (perhaps this is from the days when floor traders at stock exchanges would sometimes scalp stocks). It's funny that even FXCM clearly doesn't like scalping for whatever reason (at the time of this writing FXCM has been hosting a mini trading contest called "King of the Mini". If you read the contest rules it is stated as rule #8, "NO SCALPING - At FXCM's discretion, entrants may be removed from the contest for employing trading techniques resembling 'scalping' or 'picking'". This doesn't make logical sense to me since they profit for the pip spreads of each executed trade, so while writing this eBook I decided to ask FXCM why this is a rule. They responded saying that scalping is generally "frowned upon", and though they permit traders to employ such techniques (since they profit from each trade entered) they simply disallow it for the contest because they feel it is an unacceptable practice for their trading contest. ). I don't really know why there appears to be some kind of negative stigma to scalping, and I don't think it is justified. As far as I am concerned a profit is a profit regardless of what trading technique used, and as a trader all that matters is the profits.

Here is a link to an article on the web titled "Scalping: Small Quick Profits Can Add Up". I have included it here for your reference to be able to read a third party's definition of scalping. (Note: This is an external link. You need to be connected to the Internet to view this page. As I have no control over the content of their website this link may become inactive at some point in the future.)

Insider Forex Secrets reveals million dollar banking secrets that will give you enormous power in the Forex currency exchange market reader discretion is advised. Are you tried of going to your regular day job everyday just knowing that your doing nothing more than just working to get by? I know how the 9 to 5 feels and we all know it sucks! 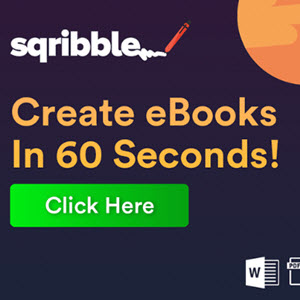