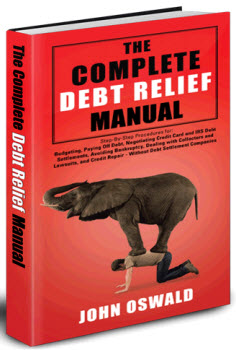 Short-term liquidity risk arises primarily from the need to finance current operations. To the extent that the firm has to make payments to its suppliers before it gets paid for the goods and services it provides, there is a cash shortfall that has to be met, usually through short-term borrowing. Though this financing of working capital needs is

8 This assumes that the hedge is set up competently. It is entirely possible that a hedge, if sloppily set up, done routinely in most firms, financial ratios have been devised to keep track of the extent of the firm's exposure to the risk that it will not be able to meet its short-term obligations. The two most frequently used to measure short-term liquidity risk are the current ratio and the quick ratio.

The current ratio is the ratio of current assets (cash, inventory, accounts receivable)

to its current liabilities (obligations coming due within the next period).

A current ratio below one, for instance, would indicate that the firm has more obligations coming due in the next year than assets it can expect to turn to cash. That would be an indication of liquidity risk.

Reliance on current ratios has to be tempered by a few concerns. First, the ratio can be easily manipulated by firms around the time of financial reporting dates to give the illusion of safety; second, current assets and current liabilities can change by an equal amount, but the effect on the current ratio will depend upon its level9 before the change.

The quick or acid test ratio is a variant of the current ratio. It distinguishes current assets that can be converted quickly into cash (cash, marketable securities) from those that cannot (inventory, accounts receivable).

The exclusion of accounts receivable and inventory is not a hard and fast rule. If there is evidence that either can be converted into cash quickly, it can, in fact, be included as part of the quick ratio.

Turnover ratios measure the efficiency of working capital management by looking at the relationship of accounts receivable and inventory to sales and to the cost of goods sold.

can end up costing the firm money.

9 If the current assets and current liabilities increase by an equal amount, the current ratio will go down if it

These ratios can be interpreted as measuring the speed with which the firm turns accounts receivable into cash or inventory into sales. These ratios are often expressed in terms of the number of days outstanding.

A similar pair of ratios can be computed for accounts payable, relative to purchases.

Since accounts receivable and inventory are assets and accounts payable is a liability, these three ratios (standardized in terms of days outstanding) can be combined to get an estimate of how much financing the firm needs to fund working capital needs.

The greater the financing period for a firm, the greater is its short-term liquidity risk.

Measures of long-term solvency attempt to examine a firm's capacity to meet interest and principal payments in the long term. Clearly, the profitability ratios discussed earlier in the section are a critical component of this analysis. The ratios specifically designed to measure long term solvency try to relate profitability to the level of debt payments, to identify the degree of comfort with which the firm can meet these payments.

was greater than one before the increase and go up if it was less than one.

The interest coverage ratio measures the capacity of the firm to meet interest payments from pre-debt, pre-tax earnings.

The higher the interest coverage ratio, the more secure is the firm's capacity to make interest payments from earnings. This argument however has to be tempered by the recognition that earnings before interest and taxes is volatile and can drop significantly if the economy enters a recession. Consequently, two firms can have the same interest coverage ratio but be viewed very differently in terms of risk.

The denominator in the interest coverage ratio can be easily extended to cover other fixed obligations such as lease payments. If this is done, the ratio is called a fixed charges coverage ratio.

Finally, this ratio, while stated in terms of earnings, can be restated in terms of cash flows, by using earnings before interest, taxes and depreciation (EBITDA) in the numerator and cash fixed charges in the denominator.

Both interest coverage and fixed charge ratios are open to the criticism that they do not consider capital expenditures, a cash flow that may be discretionary in the very short term, but not in the long term if the firm wants to maintain growth. One way of capturing the extent of this cash flow, relative to operating cash flows, is to compute a ratio of the two.

While there are a number of different definitions of cash flows from operations, the most reasonable way of defining it is to measure the cash flows from continuing operations, before interest but after taxes, and after meeting working capital needs.

Interest coverage ratios measure the capacity of the firm to meet interest payments but do not examine whether it can pay back the principal on outstanding debt. Debt ratios attempt to do this, by relating debt to total capital or to equity. The two most widely used debt ratios are:

While these ratios presume that capital is raised from only debt and equity, they can be easily adapted to include other sources of financing, such as preferred stock. While preferred stock is sometimes combined with common stock under the 'equity' label, it is better to keep it separate and to compute the ratio of preferred stock to capital (which will include debt, equity and preferred stock). a. Variants on Debt Ratios

There are two close variants of debt ratios. In the first, only long-term debt is used rather than total debt, with the rationale that short-term debt is transitory and will not affect the long-term solvency of the firm.

Given the ease with which firms can roll over short-term debt, and the willingness of many firms to use short-term financing to fund long-term projects, these variants can provide a misleading picture of the firm's financial leverage risk.

—--Most Levered firms: Take a look at the 50 firms with the highest market debt to capital and debt to equity ratios.

The second variant of debt ratios uses market value (MV) instead of book value, primarily to reflect the fact that some firms have a significantly greater capacity to borrow than their book values indicate.

MV of Debt + MV of Equity MV of Debt

Many analysts disavow the use of market value in their calculations, contending that market values, in addition to being difficult to get for debt, are volatile and hence unreliable. These contentions are open to debate. It is true that the market value of debt is difficult to get for firms which do not have publicly traded bonds, but the market value of equity is not only easy to obtain, it is constantly updated to reflect market-wide and firm-specific changes. Furthermore, using the book value of debt as a proxy for market value in those cases where bonds are not traded does not significantly shift10 most market-value based debt ratios.

How to Start Living a Debt Free Life 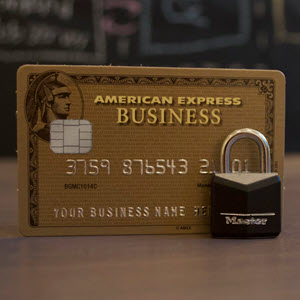