The trading signals in Figure 6.2, as combinations of Fibonacci price corrections and candlestick chart patterns, are based on a simple set of parameters:

• Entry rule based on candlestick chart patterns after the Fibonacci correction level 61.8 percent is reached.

The profits and losses for corrections and candlesticks in combination look a bit more promising compared with the results of Fibonacci price corrections as a stand-alone strategy. All seven trades are shown in Table 6.2.

The main reason for the improved outcome of the simulation is the change in the entry rule from entering the market immediately on reaching the Fibonacci correction target to waiting for a candlestick pattern that confirms the trend direction.

The number of stop-losses is reduced and the total number of trades is down from nine to seven.

Another way of merging pattern recognition into price corrections as Fibonacci trading tools is to combine the 61.8 percent retracement level with 3-point chart patterns. 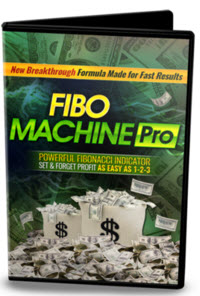