Fast %K or %K measures, on a percentage basis, where the latest closing price is in relation to the total price range over a specific period of days (9 and 14 days are the most commonly used default values). Fast %K is used in calculation of fast stochastics. The more popular slow stochastics is generated by calculating Slow %K (SK), which is a 3-day moving average of Fast %K and Slow %D (SD), which is a 3-day moving average of slow %K (SK).

Either version produces two lines that are charted on a 0 to 100 scale. Traditionally, buy and sell signals are generated when the slow %K line crosses over the Slow %D line in overbought or oversold territory. Overbought is usually defined as somewhere between 70 and 80, with oversold readings between 30 and 20. Although it is possible to develop a moderately successful trading system using the SK-SD crossover, my slow stochastics extremes trading system offers a simpler alternative.

The 14-day stochastics extremes generate buy signals whenever SD closes below 15 and sell signals when SD closes above 85. As with the fading of trend-following indicators, such as moving average envelopes and parabolics, to transform this mean reversion indicator into a comprehensive trading system, rules for exiting with profits and with losses are needed. For profitable exits, we will use SD closes above 30 and below 70, and our fail-safe exit will be designated as 2.5 percent of the asset's value at time of entry (see Figure 2.17).

Relative Strength Index Chapter 1 highlighted RSI as a mean reversion indicator because it is among the most popular and well-known of the oscillators. Like stochastics, the RSI is plotted on a 0 to 100 scale, with the 70/30 combination as the most widely used overbought/oversold boundary parameters. As with stochastics, the most popular time periods are the 9-and 14-day versions. Traditionally, RSI generates entry signals whenever the index extends into overbought or oversold territory then falls below the upper boundary or rises above the lower boundary.

Since stochastics and RSI are so similar, the most obvious choice for development of a mean reversion trading system is use of the same logic as

illustrated in the stochastics extremes trading system. As a result, the 14-day RSI extremes trading system (see Figure 2.18) enters trades whenever the indicator closes beyond either 70 or 30. Exiting with profits occurs whenever RSI closes above 35 or below 65. The system utilizes the same 2.5 percent failsafe stop that was employed in stochastics extremes.

A comparison of Figures 2.19 and 2.20 shows that these systems often produce identical results and that utilization of both systems offers little benefit in terms of system diversification.

market. The benefit of this approach is that the standard to which current prices are compared changes in response to shifts in market volatility.

Bollinger Bands Bollinger bands, which were popularized by John Bollinger, who started as a market technician on CNBC, are constructed by calculating the standard deviation of prices over a specified period of time (Bollinger used 20 periods as his default value) and then adding and subtracting two standard deviations to a simple 20-period moving average. By constantly recalculating the standard deviation of recent prices, the indicator remains attuned to changes in market volatility since overbought and oversold levels will be harder to reach in a volatile market and easier to achieve in quiet markets.

Because Bollinger bands are based on two standard deviations from the 20-day moving average, they should theoretically encompass around 97 percent of all price action. When the market closes beyond the upper or lower bands, such price action is traditionally viewed as unsustainable. In fact, this often proves to be the case, and Bollinger bands are a commonly used as a building block in mean reversion trading systems (see Figure 2.21).

If moving average envelopes and Wilder's parabolic—trend-following indicators—were used to develop countertrend systems, then logic suggests that percentage penetration indicators—such as Bollinger bands— mean reversion tools would be valuable in building trend-following systems. In fact, the breaking of the upper or lower bands can signal the onset of a powerful and sustainable trend, as illustrated by Figure 2.22.

Commodity Channel Index The commodity channel index (CCI) examines today's price in relation to a moving average (usually 20 periods), then divides this by the mean deviation of prices multiplied by .015.12 Although Donald Lambert, the developer of the CCI, originally intended the oscillator to be used as a trend-following indicator, with a buy signal generated on an initial reading greater than +100 and a sell signal generated on an initial reading of -100 (see Figure 2.23), currently it is most commonly used as a mean reversion indicator. Technicians disagree as to what numbers constitute an unsustainable level for the indicator. Some interpret levels greater than +100 and less than -100 as overbought and oversold, whereas others require readings greater than +200 or less than -200 prior to fading the trend in hope of mean reversion (see Figure 2.24). 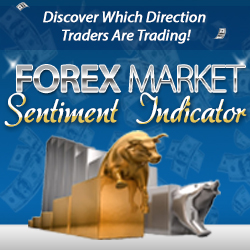 MACD Forex Strategy With Arrow Bands, Forex Oscillators: How to use them for profit